ActiveCampaign is rolling out the new features and enhancements, faster than I can play with them. In this week's episode, I will talk about 3 new features that are pretty bitchin' dude.

You can now see a summary of all emails used in an Automation and their associated open rates. This is a great way to see if there is a specific spot in your Automation where engagement starts to drop off. You can also jump to the editor for that email or drill down into more detailed reporting. 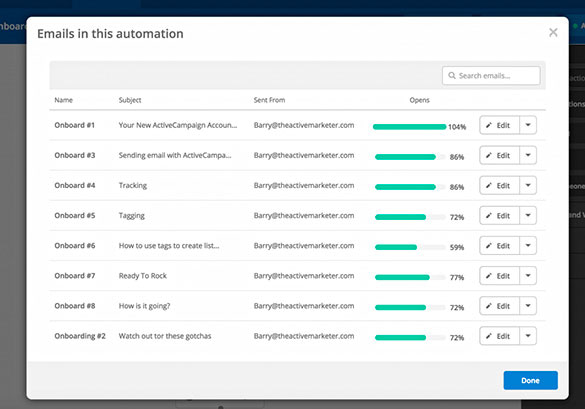 ActiveCampaign just released its very own Google Chrome Extension. So now, there is no need to jump back and forth between gmail and ActiveCampaign to find out information about your leads and customers. 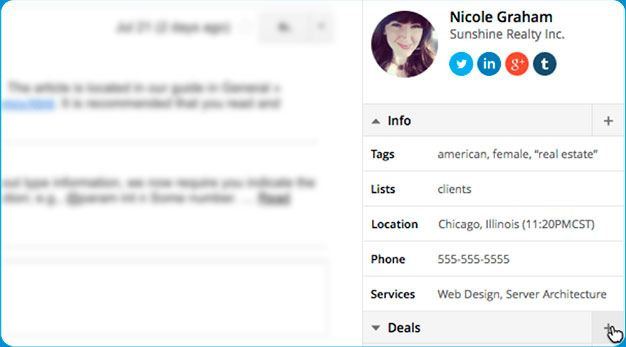 This is a  game changer and I will do a more detailed episode about this soon. However, in short you can now define specific Goals for each automation. Once those goals are met you can take a certain set of actions. In addition, ActiveCampaign will track how well each automation did at meetings its specific goals.

Aside from using goals within an automation you can also use them as a trigger to start another Automation. ActiveCampaign is hitting it out of the park at the moment!

You can find more information on goals here.

If you want to give ActiveCampaign a try, you can set up a free trial account here.

If you want to take your sales funnel and marketing automation skills to the next level, join us at The Active Marketer Academy my private mastermind and coaching community where we share all the good stuff!

Inside you will find, courses, live training calls, quick wins, shared automations and a helpful community of smart business owners and service providers just like you. Check it out here.

Barry Moore: Hi, it's Barry Moore back with another Tactical 20 podcast.

Announcer: Welcome to The Active Marketer podcast, where we talk about how to design, automate and scale your business to the next level using sales and marketing automation. You can find out all the tips, tactics and techniques you need to get more customers and sell more stuff over at theactivemarketer.com. Now, here's your host, Barry Moore.

Barry: Hi, I'm your host Barry Moore, and this is going to be another Tactical 20 podcast. The Tactical 20 podcasts are all about giving you an actionable tip, technique or tactic that you can take away and implement in your business in less than 20 minutes.

Welcome to episode 55 of The Active Marketer podcast. I'm your host, Barry Moore. Today's another Tactical 20 format, and we're going to talk about some new features that have just dropped. Active Campaign has been on fire lately, rolling out new features and new enhancements pretty much faster than I can play with them in a lot of cases. So this week's show I want to tell you about three of them. One of them's a really potential game changer in how we do automations inside Active Campaign. But before we get to that one, let's talk about some other cool ones. First of all, if you haven't noticed already, if you're an Active Campaign user, now when you go to an automation, in the upper right-hand corner will be a little button where you can see all the emails in that automation in one place.

Man, I've been dying for this since they came out, but that means if you have an automation that has 10 or 20 different emails in it, instead of having to wind your way through the automation and find the one you want, there's a nice little summary of all the emails contained in that automation up in the upper right-hand corner. Not only that, you can click the window open and you can see what the open rates are for each of those emails all in one place. It's a nice way to have a dashboard and go, “Right, oh look, everyone's falling off at email 10 or email 11 or whatever. Let's see what the problem is with that. Maybe we can rewrite that, look at the copy for example.” Or you can immediately just see, oh yeah, what are the subject, or what are the names for all these emails within the automation and jump straight to the one that you want to find and want to get to easily. Nice little addition there, the email overview button on every automation that you have and it's retroactive as well, so any automations that you already have inside your account will have that on it automatically.

Another new fantastic little thing that dropped just the other day is there is now a Chrome extension for Active Campaign. What that means is if you are a Gmail user and you're in your Gmail inbox all day long, whether that's your Google Apps accounts or straight up Gmail account, you can add the Active Campaign Chrome extension and that will put a little sidebar in there so that when you get an email from somebody, once you've hooked the extension up to Active Campaign, whenever you get an email from somebody, that will go and fetch all their details from within Active Campaign and bring that right into your inbox. You can see down the right-hand side you'll have a little sidebar, it will tell you their name and what list they're on, what tags they have, what deals they might be a part of, what automations they might be a part of, so you can see all that information on somebody when someone sends you an email. You can see all that information on somebody without having to dive into Active Campaign and get it, and it will fetch it all straight from Active Campaign.

So now you get a pretty powerful combination of your Gmail inbox and all your Active Campaign background information on that particular person. Pretty cool. If you've ever used something like Rapportive where there's a little sidebar window there that tells you their LinkedIn profile and things, very similar to that. So all your Active Campaign information nice and tidy right inside Gmail.

Now, the last one we're going to talk about, the last of the new features we're going to talk about is the game changer. It's called goals. Now you can have a goal associated with an automation. What that means is, now, most of the time most people have had these informally right, where the goal of this particular automation is to upsell someone on to product X-Y-Z, right. You've always had that in the back of your mind, and if you do have a goal for an automation, that means you have to have almost to have a second automation that fires when that goal has been achieved. If we have an upsell sequence or an upsell automation, we're trying to upsell somebody on to product X-Y-Z, and then they buy, we need to have a post-purchase automation there that says, “Right, if someone buys product X-Y-Z, the first thing we need to do is go over and cancel that upsell automation over here so that we don't continue to try and sell them a product that they've already bought.”

Well, now it's official. You can actually add a goal to your automation. You can say the goal of this automation is to do X, and when that's complete, I want you to take these actions, right. So straight from within that one automation you can say, I have an upsell automation. The goal of upsell automation is to buy product X-Y-Z, so the goal inside there would be something like, you know, “When the contact has purchase equals product X-Y-Z tag, we want to end this automation and start the post-purchase automation,” or something like that. And you can jump to that goal, those goal actions, you can jump to those goal actions from anywhere inside the automation. So once that goal takes place, once that trigger takes place for that goal, then all the associated actions for that goal will fire as well.

And the cool thing too is then at the top of your automation, there's a little conversion rate thing there that says, “Right, this automation converted to our desired goal 57% of the time,” or something like that. So you get an instant indication of how effective that automation is, and then as I said, if you want to try and optimise that, you can dig into the stats around the emails, which emails are, where do people seem to achieve that goal, what emails do they seem to fall off on with engagement et cetera and try and tweak it and raise that conversion rate for that particular automation.

I'll do a whole upcoming episode dedicated just to using goals and how to best put those to work in your business once I've had a bit of a better chance to dig into it and see exactly how it works. So, I've been pretty busy lately, sorry I've skipped a couple episodes, but I've been getting my membership community up and running. If you're interested in learning more about that, you can head over to theactivemarketer.com/membership, and as always, all the show notes will be at the blog for this episode. Those are the three new features I wanted to highlight today, one is the email summary for all the automations now, which is pretty cool. The Chrome extension, which allows you to see Active Campaign information straight within your Gmail inbox, and the new addition of goals to automations, both within an automation and as a trigger for other automations. So, I'll see you next week everybody.

All right, that's our Tactical 20 podcast for this week. If you have any questions or any topics you'd like to see covered on future Tactical 20 podcast, you can always send me an email at barry@theactivemarketer.com and let us know what you'd like to see. Also, if you head over to the show notes for this episode and just leave a comment or leave a comment in any of the episode show notes, tell us what you'd like to see and we'll make sure we cover it on an upcoming episode. So get out there and design, automate and scale your business to the next level using sales and marketing automation. See you next week everybody.

Announcer: Thanks for listening to The Active Marketer podcast. You can find the show notes and all the latest marketing automation news over at theactivemarketer.com.